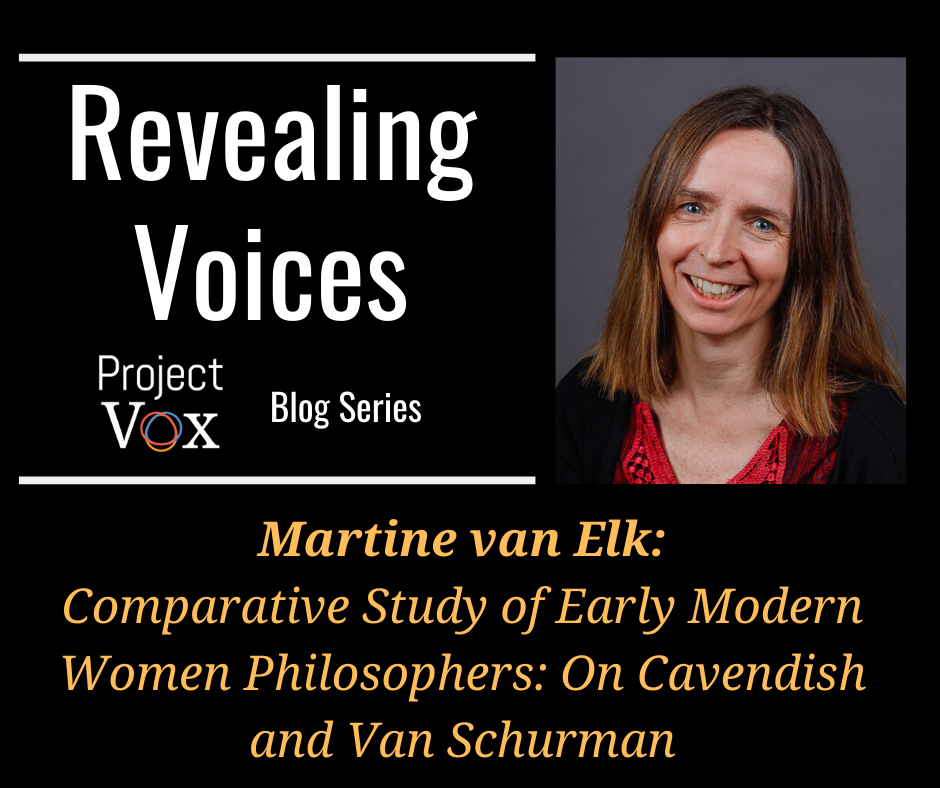 For much of my academic career, my research and teaching concentrated on early modern English literature, but about ten years ago, I came across a large anthology of writing by Dutch women, now also available in English translation, which changed my research radically. On seeing the staggering number of Dutch female authors, few of whom I had heard about, I became convinced of the need for renewed study of their wonderful works. At the same time, I also began to see cross-cultural and comparative work as essential when I discovered that what I thought was a special type of female friendship poetry written by the poet Katherine Philips was a genre that was also practiced by Dutch women like Catharina Questiers and Cornelia van der Veer. If women on both sides of the North Sea wrote friendship poetry to each other, this meant that we could not treat the two bodies of work in isolation. Also, such transparent cross-cultural connections presented a perfect opportunity to find out more about the cultural climates in which women worked: what are the subtle differences between the types of poems women wrote to friends in England and the Dutch Republic and what explains those differences?

What would become my book Early Modern Women’s Writing: Domesticity, Privacy, and the Public Sphere was born out of this interest in pursuing a cross-cultural, comparative project about the ways in which women represented and responded to shifting definitions of the relationship between public and private. The two philosophers (both of whom have already been featured on this blog series) Margaret Cavendish and Anna Maria van Schurman turned out to be a fascinating pairing. On the face of it they could not seem further removed from each other: although they were both of noble background, they had utterly different philosophies and beliefs. Whereas Cavendish was a royalist with a vitalist-materialist philosophy, Van Schurman was a devout Protestant and later even a follower of the sectarian French pietist Jean de Labadie. A dinner date for these two women would definitely have been out of the question. 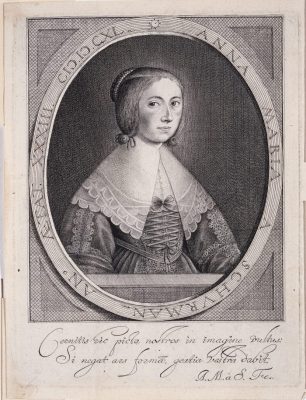 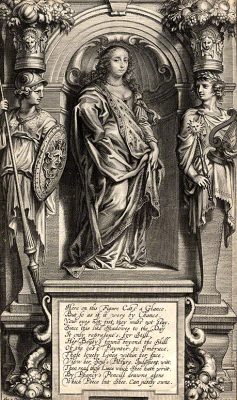 Yet, even though they might not have acknowledged it, they had a lot in common. Both ventured into male-dominated arenas of learning and philosophy, seemingly unfazed by the obstacles to such female expression. They defended men in their lives, writing biographically and autobiographically, and they were interested in promoting female learning, even though they may have understood differently what a proper curriculum for women might look like. In addition, they were both unapologetically of the elite, whether that elite was defined socially as aristocracy or religiously as the elect. In any case, neither was very interested in advocating for ordinary women’s learning and equality.  Instead, their arguments were explicitly limited to women who had the leisure time and the financial and social background that would make it acceptable. In fact, Van Schurman and Cavendish were both, for all their subversion and eccentricity, keenly aware of and entrenched in social and cultural expectations for women; both very much presented herself as modest, proper, noble, and virtuous, even if virtue was defined in social terms by Cavendish and in religious terms by Van Schurman.

What really brings the two together is not only that they were able to write in genres that were normally considered off-limits for women, but also that when they did, they transformed those genres, and these transformations enabled them to formulate their own approach to philosophy and religion. A portion of Margaret Cavendish’s writing cannot even be generically classified. For instance, her World’s Olio (1655) and Nature’s Pictures (1656) contain vignettes and types of writing that allow her to express herself in all her variety. When she did write philosophically, as in her Observations on Experimental Philosophy (1666), she appended a novel of to it that combined science fiction, romance, and utopia, in the form of her most famous work, The Blazing World. By doing so, she argued, readers might encounter both reason and fancy, and even as she gendered those two ways of thinking and presented reason as superior to fancy, she also pointed to the advantages of thinking fancifully, without being tied to truth. It is this bold juxtaposition that makes us look back at her philosophy with different eyes. Her ability to combine opposites (or “contain multitudes” as Walt Whitman would put it) is also evident in her public persona: she joined a desire for fame with what she herself describes in her autobiography as extreme bashfulness and a wish to retreat into an isolated space, alone with her beloved husband.

This combination of withdrawal and public display also marks Van Schurman’s life and works. Anne Larsen has explained how Van Schurman broke political ground in her work arguing for female learning and becoming, though unofficially, the first female student in the Low Countries. Her most boundary-breaking text, from a perspective of genre, is her Eucleria (Choosing the Better Part, 1684). She wrote this book in defense of Jean de Labadie, as she had joined his small community of believers known as the Labadists in the late 1660s. But it also served as a vindication of her own decision to withdraw from public life and no longer function as the “Star of Utrecht.” In the process, the book became a work of autobiography, biography, and, importantly, theology. It was purportedly a withdrawal for the public realm, along with strong rejections of her own fame as a paragon of learning, but it actually was a polemic and philosophical contribution to debates on devotion, proving her earlier argument that women are suited to learn and debate at the highest level.

These hybrid works and reputations should tell us that we cannot simply look at Van Schurman and Cavendish through one disciplinary lens. Philosophers, historians, and literary critics have to collaborate and learn from each other how to approach these books and their authors. Moreover, studying them together and looking beyond borders in our research can help us situate them with more precision in their own national and European contexts. Given the volume of their output and the generic and ideological complexity of their writings, we still have a lot to discover in Cavendish and Van Schurman, remarkable female authors who deserve to be appreciated in all their variety, richness, and ambiguity.

Martine van Elk is a Professor of English at California State University, Long Beach. She has published on early modern women, Shakespeare, and vagrancy. She co-edited a collection of essays entitled Tudor Drama Before Shakespeare, which came out with Palgrave in 2004. Her book, Early Modern Women’s Writing: Domesticity, Privacy, and the Public Sphere was published by Palgrave in 2017. She’s currently working as a section editor for the new Palgrave Encyclopedia of Early Modern Women’s Writing and writing a comparative study of women on and behind the stage in England, the Dutch Republic, and France. She also runs two blogs: one on early modern women generally and one, in collaboration with a group of scholars, on early modern female book ownership.