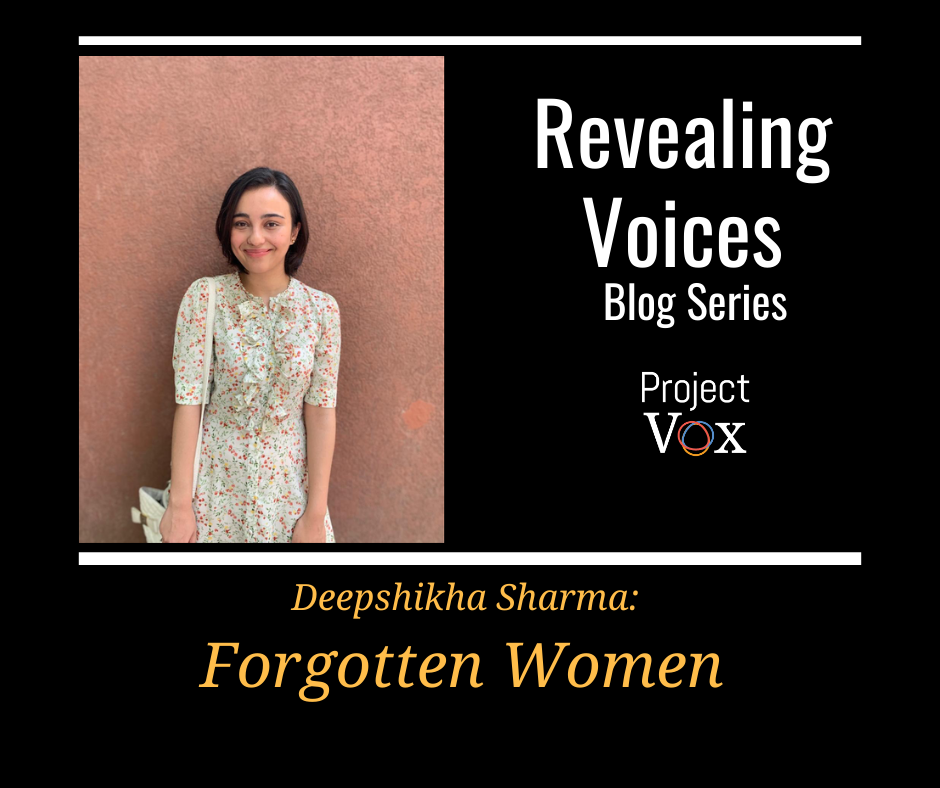 The Orient or The Occident, the malestreamness of Philosophy pervades all academic institutions. While I dabbled The Vedas and The Republic, I barely came across women philosophers in the prescribed syllabi. Tokenistic approaches or footnotes mentioned them in hushed voices and minuscule fonts. And then I questioned, where do I belong in this lineage?

Despite being enrolled into a university with colleges named after these women, Gargi and Maitreyi are hardly considered seminal figures in the Indian Philosophical Canon. Mentioned in passing during broader conversations or talked about in detail in specialised seminars, they hardly get the credit they deserve. Brave and brilliant, these Vedic philosophers have hymns attributed to them, and are mentioned in the Upanisads. Their debates with Yajnavalkya are cited often.

I came across these figures when volunteering for a seminar on ‘Women in the Indian Tradition’ during my first year of undergraduate degree in 2016. Besides Draupadi from the Mahābhārata or Sita from the Rāmāyana, I had never heard about these women sages who baffled kings and philosophers alike with their nuanced discourse. Hence forth, I tried my best to learn as much as I could about these women, on my own. Gargi and Maitreyi both debated the renowned scholar Yajnavalkya on an ontological basis, steering their arguments to be applicable to the real-world. They forged an alloy of materialism, with the esoteric knowledge that was gate-kept from womankind. Gargi is even said to have won the debate, and Maitreyi is said to have insisted on simplification of the esoteric knowledge regarding the Brahman.

In my final year of under-graduation, an optional paper on feminism further introduced me to Sulabha, the yogini. As per the Shanti Parva of the Mahābhārata, she’s said to have emerged victorious in a debate with King Janaka, the philosopher king about how the self is not gendered. In this fable, curious and doubtful about his emancipatory success, Sulabha performs sanchodayishyanti i.e. she questions him internally by her Yoga powers. Janaka reacts with hostility to this examination, and demands to know who she is, whose she is, where she has come from, and where she is going. Emphasizing on his spiritual lineage, he talks about his detachment from the material realm in terms of possession or emotions, having attained knowledge of the Atman (the soul’s connection to the cosmic consciousness). Resorting to norms about traditional gender roles Janaka implies that young and beautiful women are incapable of overcoming their sensual/sexual desires and also vocally doubts whether she has subdued her senses. He then goes on to call her entering into him by Yoga powers as sinful, by equating it with sexual coercion as he had not gestured any type of invitation. He then goes on to speculate that she may have perpetrated all these sinful acts because of “ignorance or perverted intelligence”, but in any case, by trying to display her superiority to men, she has shown herself to be a wicked woman.

While his entire arguments are premised on biases about the other gender, Sulabha answers from the philosophical position that the primal elements are the same in all bodies and beings, and the same consciousness pervades all existents when she says: “As lac and wood, as grains of dust and drops of water, exist commingled when brought together, even so are the existences of all creatures.” She concludes that although these bodies may be gendered, the same Atman that pervades all beings is not. Finally, Sulabha demonstrates that her intellectual union with the king is not sinful and it is a misinterpretation to consider this a sexual union. It was improper for him to proclaim before his court that she had entered into union with him, disrespecting himself, her, and his courtiers.

Through her nuanced position with reference to the Veda, the figure of Sulabha inspires women to go after knowledge, and enter the “intellectual” community with bravery, and while standing one’s ground. She remains unapologetic in the face of the renowned renouncer whom she proves isn’t emancipated at all if he subscribes to binaries. A trailblazer, Sulabha reconstructs notion of gender roles and expectations against the world. Leaving the political element of using a figure from a religious text aside, Sulabha’s argument can be extrapolated to empower not only women, but people within the LGBTQ+ community. This has inspired me to search for more figures like this, and in a project (that has already begun) to unite all the Women Philosophers in India, I hope to chart out the genealogy of Women philosophers in the Indian Tradition.

With scanty literature that do document their existence, these women philosophers are gems hidden in parchments filled with wars, debates, and transactions between men. Revered in their time, they have been forgotten now. And as philosophical successors of this feminine lineage, we need to pay homage and curate more content on them. With Gargi being silenced with the threat of losing her head, and Sulabha being asked about the man she belongs to, there is so much we can learn from them – besides their rich philosophical insights, these forgotten women shall remind us to be brave and stand our ground.

Deepshikha Sharma is pursuing her Masters from the Department of Philosophy, University of Delhi. Passionate about education and vocal about gender equality, she has written for many Indian feminist websites. Interested in fringe philosophers, with Michel Serres being her favourite, she hopes to improve the pedagogy of India while promoting the culture of her homeland – the Himalayas.