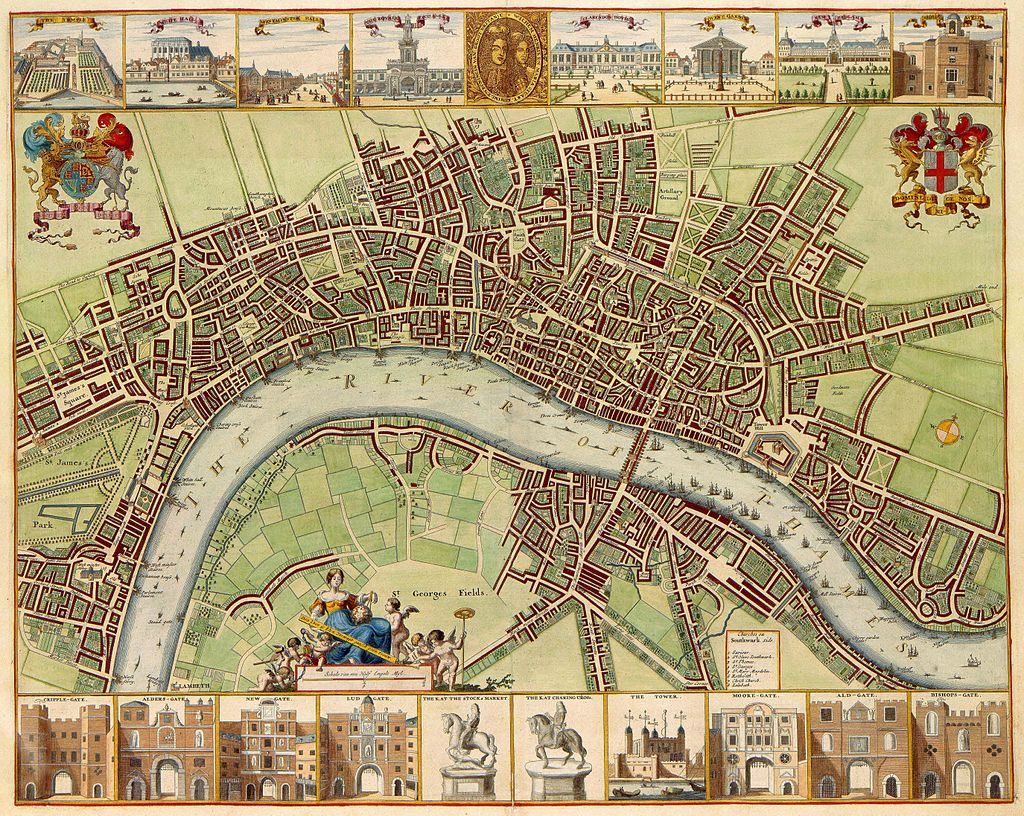 17th century map of London, originally started by W.Hollar, student of German engraver Mattheus Merian. Published in the Netherlands. Judging by the double portrait at the top, the map was published after the accession to the English throne by William III and Mary Stuart. The map was composed by the famous designer and engraver from Prague Wenceslaus Hollar (1607-1677). He adopted, and excelled in, a style best suited to chorography or delineation of cities. He received instructions from Mattheus Merian (1593-1650) in Frankfurt and was active in several European towns. From 1652 until his death Hollar lived and worked in London