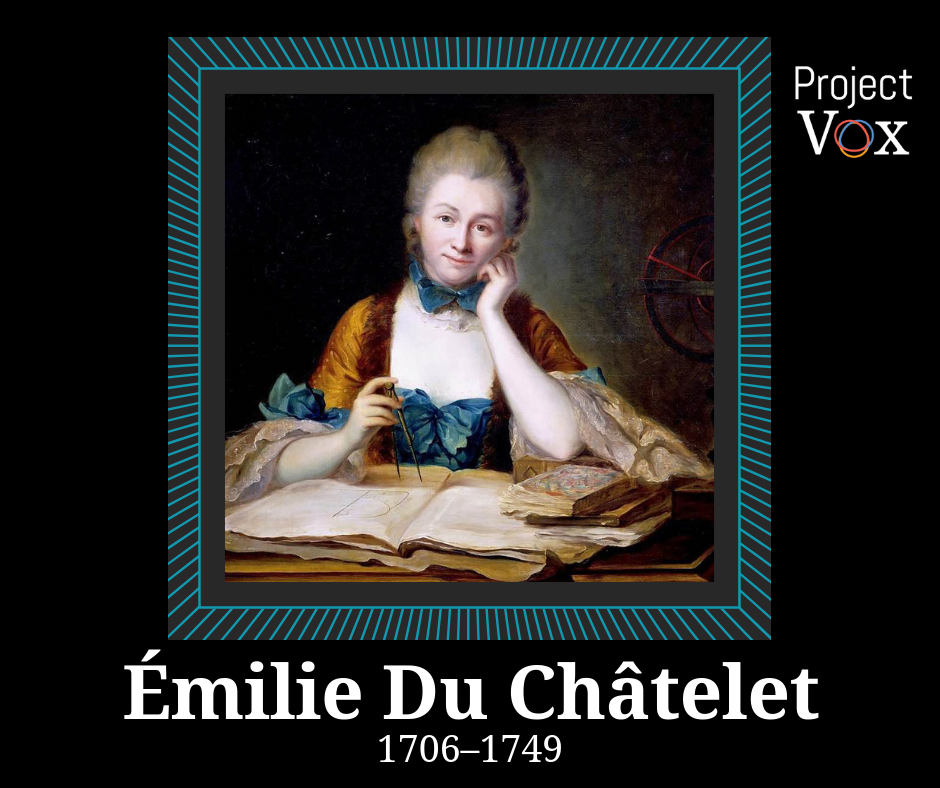 Project Vox is pleased to announce the Du Châtelet Prize in Philosophy of Physics, an award that celebrates excellence in philosophy of physics and promotes breadth across the field both historically and philosophically.

The prize—supported by Duke in collaboration with the Studies in History and Philosophy of Science—will be awarded next Spring to a U.S. or international graduate student or recent Ph.D. to recognize their previously unpublished work in philosophy of physics. The winner will receive $1,000, an invitation to participate (all expenses paid) in a workshop at Duke, and consideration for the winner’s paper to be published in Studies in History and Philosophy of Science.

The Du Châtelet Prize is named in honor of Émilie Du Châtelet (1706–1749), the French philosopher who wrote on a range of topics at the intersection of physics and philosophy, including epistemology and method, the nature of matter and of bodies, and the laws of motion. Her work in physics was closely connected to her interest in human liberty and free will.

Submissions for the Du Châtelet Prize in Philosophy of Physics are being accepted through February 17, 2019 at https://duchateletprize.org/call-for-submissions/. These entries should address this year’s topic—“How the parts of matter act on one another, as that issue stood at any time in the period 1680-1780.”

Entries will be evaluated by a five-member panel of philosophy professors who will select the winner. Members of the panel will also present during the free-to-the-public Du Châtelet Prize workshop on April 4–5 at Duke University.

For more information about the prize, submission information, and the workshop, visit https://duchateletprize.org.