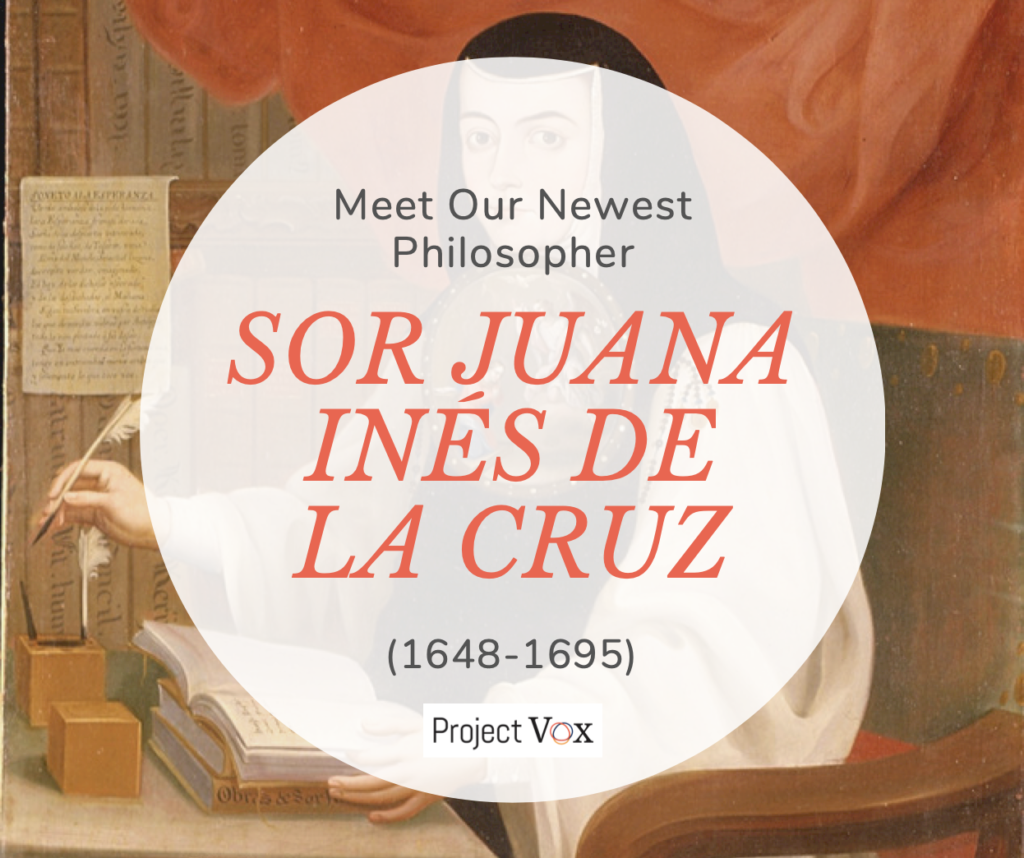 Moved by my passion—
not careless, not indifferent—
I took work from my tongue
and gave it to my heart.

Sor Juana Inés de la Cruz (1648-1695), born at the end of the Spanish “Golden Century,” is, in many senses, the perfect embodiment of the Baroque spirit. Her poetry and her plays have been the object of dozens of scholarly studies and monographs, all of which recognize her immense literary talent and her amazing poetic abilities. However, one aspect of Sor Juana’s polymathy that has received comparatively little attention is her engagement with philosophical questions. Though her philosophical work is not presented in conventional forms such as treatises or dialogues, some of her poetry (in particular, the epistemological poem First Dream, which is considered her masterpiece) and her letters (the Letter Worthy of Athena and the Reply to Sor Filotea) offer novel suggestions regarding the relationship between dreams and knowledge, the connection between the natural and the divine, and original arguments supporting the right of women to study and be educated.

In addition to these intellectual accomplishments, Sor Juana displayed an interest in the indigenous groups of New Spain by composing a few pieces in Nahuatl and by offering a limited defense of indigenous cultures and religions in her Loa (prologue) to Divine Narcissus. She presented her thoughts on the duties of heads of state to their subjects in Allegorical Neptune, just as Bartolomé de las Casas had a century before her. In light of all this, Sor Juana stands not only as the first woman to have written substantial philosophical works on the American continent, but also as one of the first female indigenistas, thus paving the way for later figures such as noted Mexican novelist and essayist Rosario Castellanos.

One of the more surprising genres in which Sor Juana engages philosophical thought is the cookbook. The relatively recent discovery of an 18th-century cookbook from the Convent of San Jerónimo, at which Sor Juana was cloistered quickly brought suggestions that it might have been written by Sor Juana herself or copied by her from a larger Convent cookbook. While opinions remain divided as to whether the document genuinely derives from Sor Juana, or whether she may have helped the cooks transcribe their recipes or perhaps concocted some of them herself, what does seem apparent is that Sor Juana was fascinated by the magic of the culinary arts. As she quips in her Reply to Sor Filotea, while she marvels at the distinct properties of egg whites and egg yolks, Aristotle would have written much more of metaphysics had he spent more time in the kitchen.