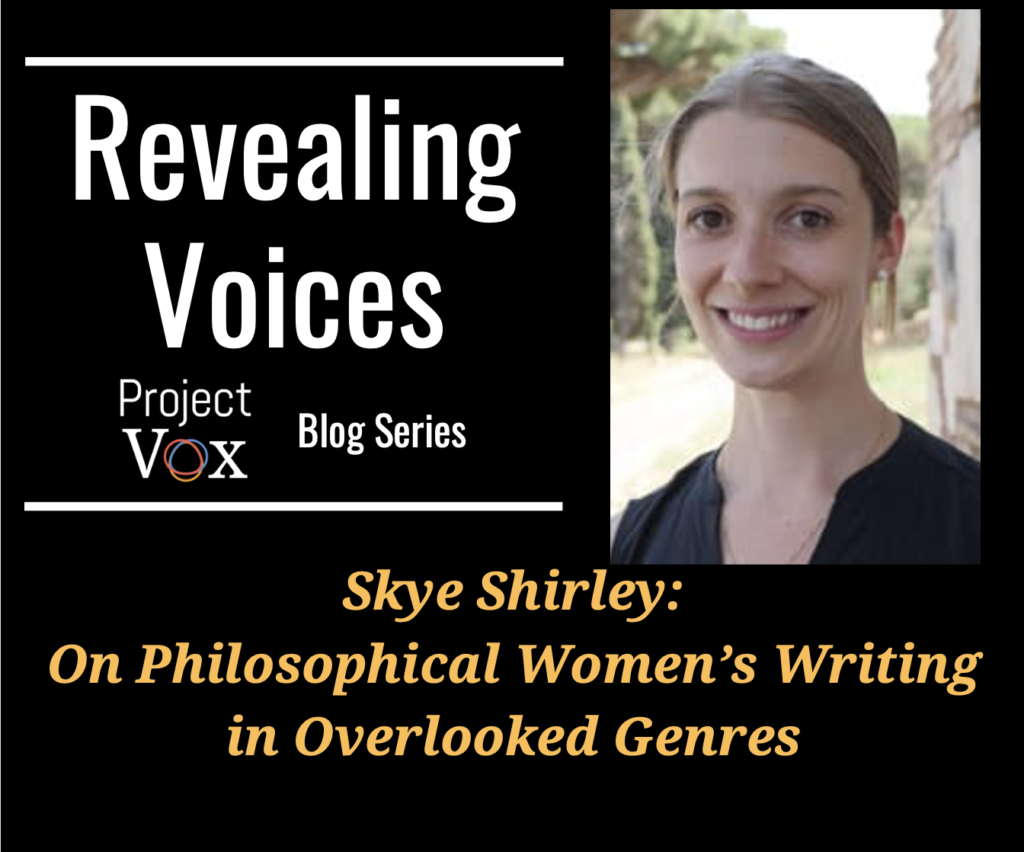 I started keeping a diary when I was twelve.  Like many young women, I found in my diaries a space for unbridled questioning, imagining, and self-expression.  At my peak around age sixteen, I bought a jumbo 500-page journal and filled it within months.  I wrote long letters to friends who had moved away, and poured my heart out into the new online fora of LiveJournal and Xanga.  At the same time, a philosophical education was underway. I yawned through textbook homework for history classes on the Enlightenment, only to be wide awake as I wrote down my own thoughts late into the night.  In college, I took a course on philosophy with two brilliant professors, Bienvenue Mayemba and Shawn Copeland, who taught me how to connect philosophy to service in my community.  We worked through selections of Aristotle, Plato, and Aquinas, as well as key texts from Black Liberation theology.  It was an ambitious and rewarding syllabus, but I mostly looked forward not to reading these writings but to the discussions we had in class about its relevance to our community service placements in schools, homeless shelters, and clinics.  Throughout the course, I kept journaling and unpacking my experiences with friends at the Boston Public Library, a building decorated with the marble names of male philosophers.  And thus I finished my philosophy requirement and moved into the English major, and later, Latin master’s degree that shaped the next chapter of my life. 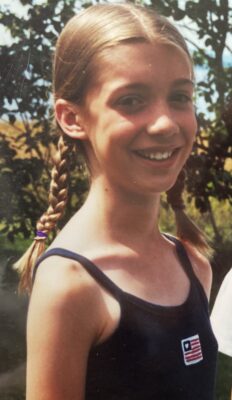 If you were to open the big plastic box in my basement packed with diaries from those years, you’d see plenty to affirm stereotypes of young women: excitement about crushes, social anxiety, frustrated attempts to push parental boundaries, and complaints about schoolwork.  But if you look closely, you see so much more: questions about freedom and violence as my country started the Iraq War, reflections on my private versus public self, theories about whether truth exists at all, and always, always, an intense interrogation of how we come to understand and construct what we call the past.  Who is to say that a teenage girl asserting her beliefs on what friendship means is any less philosophical than Aristotelian ideas of friendship? 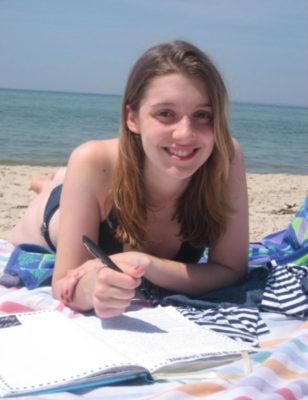 Now as a PhD student at University College London focusing on women who wrote in Latin in the 16th-18th centuries, I have come to see just how much women’s philosophy is hidden in plain sight.  Like laundry hung to the line in patterns to communicate secret messages in the Revolutionary War, or sweaters knitted with coded patterns by spies in World War II, much of women’s writing seems to have survived in unexpected genres and spaces.  In her masterful book How to Suppress Women’s Writing, Joanna Russ notes that “much of women’s writing exists in the form of letters and diaries… really private ones.”  And today, the passage of time and increased accessibility of digital resources like those at Project Vox mean that we can encounter what Carolyn Kizer says has been left out: “merely… the private lives of one-half of humanity.”

Mary, Queen of Scots carved a Latin poem into the glass window of the castle where she was held captive.  Elizabeth Dacre snuck a love poem she wrote into the cover of a copy of Milton’s, and Maria Sibylla Merian occasionally inserted the self into her scientific descriptions of insects.  These poems may be categorized into inscriptions, poetry, science, or the overarching term “women’s studies” but are almost never mined for their philosophical ideas.  The delightful and seemingly frivolous form of the epigram so long has been unfortunately used as a platform for misogynistic jokes at the expense of women.  We should be actively exploring how women use the epigram itself to counter that narrative, in the hopes that we can map their own strategies for resistance which may offer pathways to accessibility today.  And should it not be considered a philosophical impulse to write against the grain, or in the words of Emily Dickinson, to “tell it slant–”? 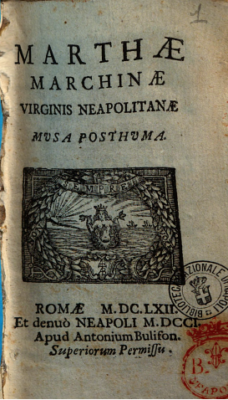 One of the best examples of steering the epigram into a more woman-positive space is the Italian poet Martha Marchina (1600-1646), who is one of the major case studies of my own research.  Born in Naples to a working-class family, she was raised in Rome, leading a quiet life of selling soap.  As her fame grew, she turned down impressive academic positions offered by numerous aristocrats and clergy.  She is frequently described as a “philosopher” by biographers, yet only her poetry and a few letters have made their way down to us in her collection Musa Posthuma (1662).  What did it mean to be a woman “philosopher” in early modern Rome?  Did her contemporaries consider her a philosopher because of her philosophical ideas and study, or because the content of her works was seen as philosophical?  What was left out, and where is it located?  We might imagine that her other writings are lost to history, used as kindling for fires, decayed with age, or swept away in one of Rome’s innumerous floods.  Yet it is also possible that her philosophy is imbedded in her poetry, or in the writing of men who knew her, as she shaped their ideas and influenced a genre she hesitated to publish in during her lifetime.  In one poem, she writes “Quid possit serius esse ioco?” (“What could be more serious than a joke?”) and in another wonders “Ecquis erit finis?” (“Will there ever be an end?”).  We should take these questions seriously both as philosophic investigations and as a motivation to look for more examples of early women philosophers writing in less traditionally philosophic genres. 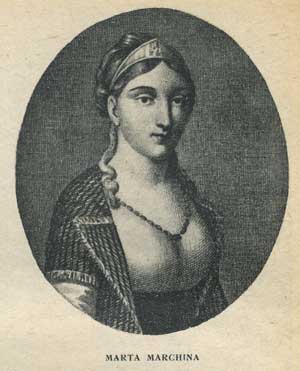 If you keep a journal or blog, or design classroom worksheets, or write notes in the margins of books– I urge you, and all of us, to look at these more closely.  What philosophical questions are you asking?  Who is to say that an Instagram photo with a poignant caption is less philosophical an enterprise than a peer-reviewed paper, or that a list of baby names is not engaging with philosophy just as much as a list of potential titles for conference presentations?  In the words of Russ, the charge often leveled at women’s writing is that “the tone is not impersonal, detached, and dry enough– in short, not patriarchal enough– to produce belief.” We can start producing belief in each other by producing belief in our own philosophical depth.  If the issue with these traditionally feminine forms of philosophical inquiry is that they don’t have the same publication platform, then the problem is not with women philosophers but with the system itself.  And perhaps, like Martha Marchina, literary output alone is not the sign of a philosopher— rather, depth of interrogation, creative thinking, and influence (not only on men!) is.

Skye Shirley is a PhD student in the Latin department at University College London. She is the founder and director of Lupercal, an international organization dedicated to increasing opportunities for women in Latin language studies. She is a Latin teacher and curriculum consultant. Follow her on Twitter: @SkyeAShirley