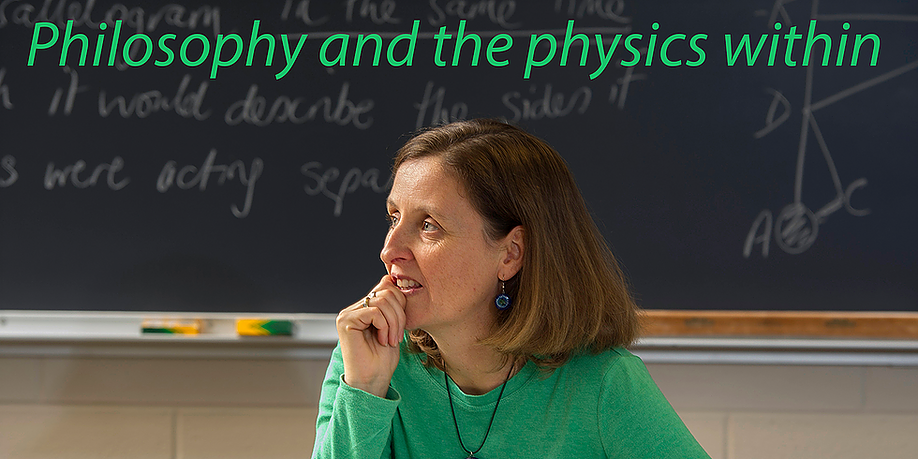 In the fall of 2014, a seminar group sat down to read a text that none of them had read before, not even the professor in the room. Worse than that, the text was in French, and only some of the participants could read French, so they set out to translate it as they went along. The text was Émilie Du Châtelet’s Institutions de Physique, or Foundations of Physics, and in April 2018 a celebration of the complete English translation will take place at the University of Notre Dame. Everyone is welcome!

I was the professor who hadn’t read the text, and this all began in the spring of 2014, when I turned my attention to the philosophical problems left unsolved in the wake of Newton’s Principia (1687). I had vaguely heard about Du Châtelet’s Institutions de Physique (1740), but had never before gotten around to looking at it. I picked it up and began to read. To my astonishment, I found Du Châtelet addressing exactly the questions and problems that interested me most, in a clear, accessible, and compelling text. But it was in French, with only some chapters previously translated into English (see Bour and Zinsser and Patton). So I contacted a colleague in the French department and asked whether she had any students that might be interested in helping me translate the rest. That is how Lauren Montes (an MA student in French) and Anne Seul (an undergraduate History and French double major specializing in the French Enlightenment) became involved.

The more I read, the more interesting I found the text philosophically. I asked around among the HPS (history and philosophy of science) and Philosophy grad students at Notre Dame to see whether anyone else would be interested in reading it with me. Before long, we had a room full of people, and a formal graduate seminar. It was enormous fun. In addition to the students, various professors and visitors joined us as we made our way through the text. My thanks to the students Bohang Chen, Jamee Elder, John Hanson, Mousa Mohammadian, Lauren Montes, Anne Seul, Monica Solomon, Jeremy Steeger, and Aaron Wells, and to the faculty and visitors Andrew Janiak, Lynn Joy, Lydia Patton, Michela Massimi, Phil Sloan, Marius Stan, and Eric Watkins, for what was my favorite seminar while I was at Notre Dame, and to Judith Zinsser for joining us for a follow-up workshop the next spring. The seminar led to a session at the European Philosophy of Science Association meeting, my plenary talk at the British Society for the Philosophy of Science meeting in 2015, various other talks and papers, and to the upcoming celebration at Notre Dame next spring.

Now is not the time for a complete print translation of Du Châtelet’s Foundations of Physics. We have an English translation of the 1740 French first edition, but there are versions in other languages and a second (1742) French edition. In addition to this, we simply don’t know enough about Du Châtelet’s philosophy for a scholarly edition of the text. So, for now, you can find our translated chapters here, as they become available. Happy reading!

Katherine Brading taught at the University of Notre Dame before joining Duke University’s Philosophy Department in 2017. She has been involved with Project Vox since its early days, through her interests in Du Châtelet and in the recovery and integration of lost voices into the history of philosophy as we tell it today. For more information about her research in history and philosophy of science, visit www.kbrading.org