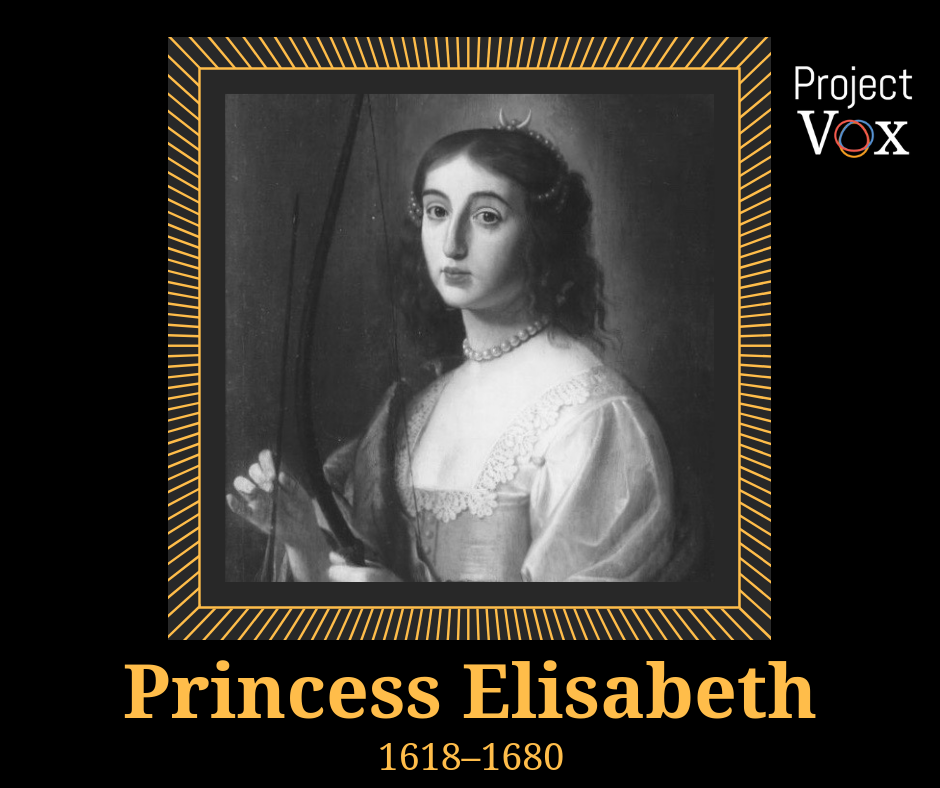 The mind-body problem that troubles any serious Cartesian and has characterized debate in philosophy of mind for centuries does not find its source in a “typical” philosopher. The genius behind that crucial criticism of René  Descartes is a princess of  exiled Bohemian royalty.

Princess Elisabeth of Bohemia (1618-1680) never published a work of her own; everything currently known about her and her thoughts comes from her extensive correspondence with luminaries of her time. As a princess of Bohemia and the daughter of Elizabeth Stuart, she maintained extensive connections not only as a philosopher and a theologian but also as a diplomat, royal representative, and later an abbess. Across these various roles, one can hear a tone of deep and solemn contemplation in all of her writings. Perhaps it came from her extreme awareness of her own position, where the weight of each sphere she occupied was always in danger of crushing the other, and so a careful and agile separation was necessary with each word she sent. She would often complain about this: that the continuous back-and-forth of these different responsibilities would not let her stay focused on philosophy.

Thankfully, she found contemplative moments in which she produced criticisms of Cartesian mind and metaphysics—which in turn altered the course of Western philosophy. For her power of thought, Descartes deemed Elisabeth the only person to truly understand his works. She also bridged two generations of philosophers in the seventeenth century. On the latter end, emerging philosophers sought her out for comments on their work—including Gottfried Leibniz and Nicolas Malebranche. Her voice was ever present in the intelligentsia.

However, for two hundred years after her death, she was only known through Descartes’s letters to her—her side of the correspondence has been lost. It was only by sheer luck—an old bookseller stumbling  upon her letters to Descartes while crawling through dusty archives in the  late nineteenth century—that her side of the story was revealed. Even then, for a hundred years after, she was cast as a little girl pining over Descartes. Not until recently was she recognized as the intellectual equal of the man dubbed the Father of Modern Philosophy and for her important role of creating a network of philosophers of her time. Our entry on Princess Elisabeth reflects this contemporary scholarly development: she is restored to her rightful throne in the canon, as a figure instrumental to the development of Western philosophy as we know it today.