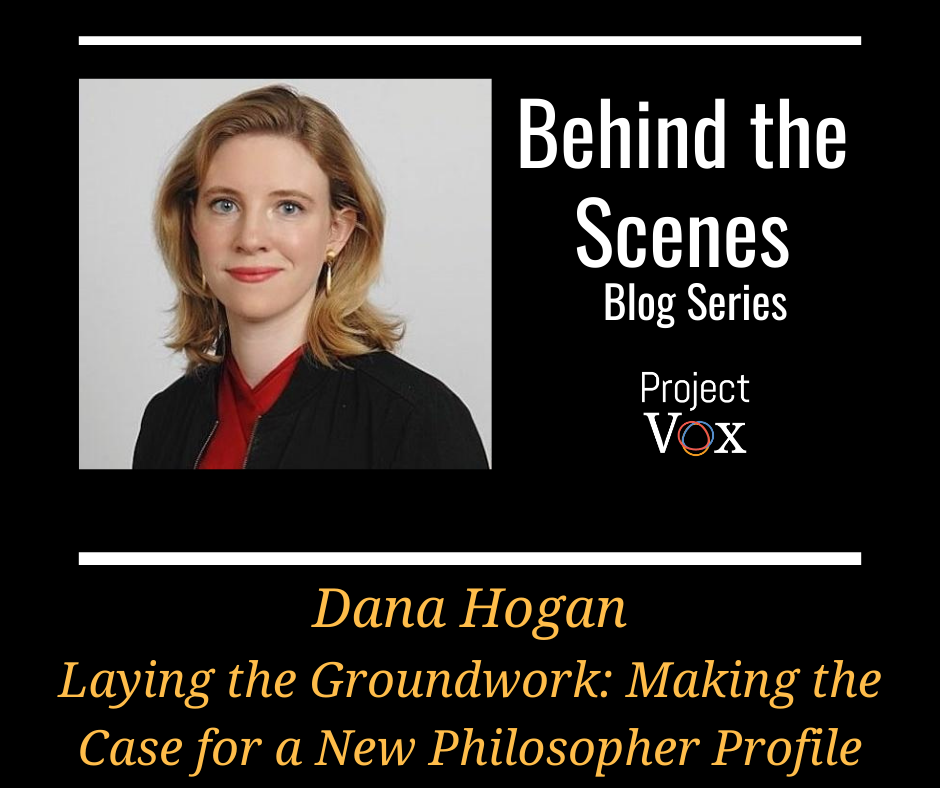 Dana Hogan’s post is part of our Behind the Scenes blog series.

On the Project Vox site, you can read our polished philosopher profiles and the Behind-the-Scenes blog posts about the work that goes into creating these profiles; but what happens before all that? How does the team select a philosopher? The Project Vox team has selected its featured philosophers to date for many reasons, and today I’ll take you behind the scenes with the selection process for one of our newest research subjects. Over the course of the past year, I have been building a case for why Tullia d’Aragona should be the subject of Project Vox’s next philosopher profile.

When I first joined Project Vox in January 2020, I sought to develop an Independent Study course that would merge my research interests with work that would benefit the team. In the Art, Art History & Visual Studies department, my area of specialty is the women artists of early modern Italy, specifically those who traveled during their lifetime. With this in mind, I began to search for a woman philosopher who was active in sixteenth- or seventeenth-century Italy, ideally one who had traveled. Philosopher Tullia d’Aragona (1501/1505-1510/1556) surpassed my expectations of what I might find: believed to have traveled among Rome, Siena, Venice, Ferrara, and Florence, she was connected to many leaders and intellectuals at the courts of these cities during the first half of the sixteenth century. She is believed to be the first woman to participate in debate on ethical love, as well as the first woman to publish an epic poem. She was also an elite courtesan, making her a controversial figure in her own time and the subsequent centuries. While d’Aragona seemed to be the perfect fit from the start, I also looked for additional candidates in case she did not fit the team’s criteria.

Around this same time, Vox team member Katherine Owensby had created a flow-chart for the selection of future feature philosophers, a sample is found below. These preliminary considerations include languages and translations, text access, and images. D’Aragona became the test case, and she passed with flying colors. In some cases, the team needs to translate a portion of a philosopher’s works or correspondence, so it is important to have team members with the necessary language skills. D’Aragona’s works were all published in Italian, and there are English translations of her dialogue, poems, and much of her correspondence; the English translation of her epic poem Il Meschino is forthcoming. Sometimes the team needs to travel to access primary sources for a philosopher profile; as we are in the middle of a pandemic, it is important for us to be able to get what we need for this profile without travel. Fortunately, there are multiple editions of her works available at Duke, including a first edition of her dialogue at the Rubenstein library as well as a microform first edition of her epic poem. In addition, the Project Vox team has grown in its collaboration with other scholars – if we find that archival work is needed, we hope to partner with other researchers who are already onsite in Italy. The availability of visual images of Project Vox philosophers varies widely; some have few or no known portraits, whereas others commissioned or created self-portraits. 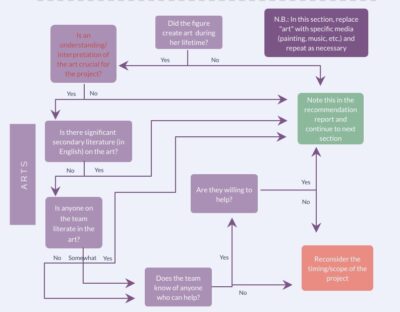 The next step was to build a bibliography and design the Independent Study course. During the late Spring and Summer of 2020, I began selecting and organizing a reading list of primary and secondary sources to familiarize myself with d’Aragona’s life and works, as well as her literary, philosophical, and social context. At this point, I also began considering which sources would be best for undergraduate students to read, either as members of a d’Aragona sub-team within Project Vox, or as part of a future course.

During Fall 2020, Professor Janiak and I met regularly to discuss these readings and d’Aragona’s potential as a Project Vox featured philosopher. We were both enthusiastic about the wealth of primary and secondary resources available, as well as the potential for new contributions to the existing scholarship. Following the blueprint of the published philosopher entries, week by week I began scaffolding entries for d’Aragona’s Biography, Chronology, Connections, Correspondence, Portraits, Primary and Secondary Sources, and Potential External Reviewers. We discussed the findings for these sections at the weekly Project Vox meetings to ensure that there were no unexpected barriers to proceeding with this feasibility study. These weekly check-ins began generating excitement for d’Aragona, culminating in a formal presentation of the feasibility project and a recommendation report. At the end of the presentation, the team voted to move forward with a research sub-team.

Dana Hogan is a PhD student in Art History and Gender & Feminist Studies. Specializing in Renaissance and Baroque art, her research interests focus on the networks and migration of the women artists born in the early modern Italian peninsula. She currently serves as Lead Researcher for the Tullia d’Aragona team.