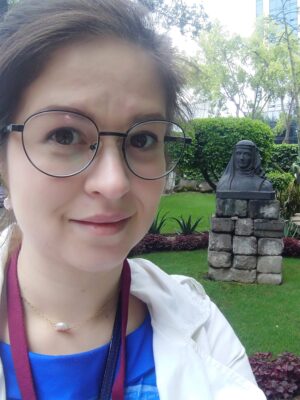 Sofia Ortiz-Hinojosa is an assistant professor of philosophy at Vassar College, where she teaches courses on epistemology, philosophy of mind, Latin American philosophy, philosophy of science, and ancient philosophy. She is a graduate of the philosophy PhD program at MIT, where she wrote a dissertation called, What Imagination Teaches, about the epistemic features of imagination and what the relationship of imagination is to other mental processes. Since 2016, she has also been researching the philosophical system of Sor Juana Inés de la Cruz, and in particular, her views on epistemic virtue and the structure of justification, cosmology and ontology, the relationship between the arts and sciences, and creativity.