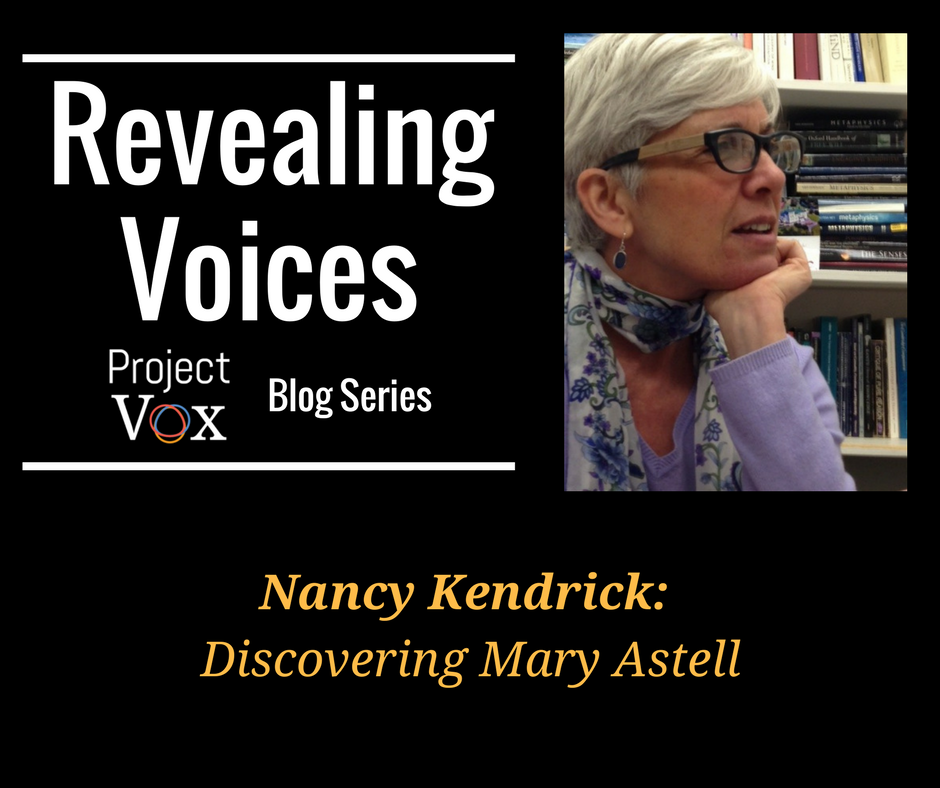 A few years ago I was asked to contribute an essay on George Berkeley’s Bermuda Project to a volume a colleague was editing on Berkeley’s philosophy. The project was Berkeley’s plan to create a college in Bermuda in which Indigenous Americans and British colonizers would be educated together. While I was doing some background reading for my article, I came across a few references to a work called The Ladies Library (1714), one of many early 18th-century female conduct books, and was surprised to learn that Berkeley had anonymously compiled and edited it. I had never heard of this text and was curious to see what works were included in it. Selections from Locke’s Some Thoughts Concerning Education were there, as were extracts from various devotional works of Christian duty, such as Richard Allestree’s The Ladies Calling, and selections from advice manuals, like Lord Halifax’s Advice to a Daughter. What surprised me was the chapter Berkeley had titled “Ignorance”: it was largely made up of excerpts from Mary Astell’s Serious Proposal to the Ladies, part I (1694) and part II (1697). What, I wondered, was a feminist like Astell doing in an Anglican clergyman’s female conduct book? 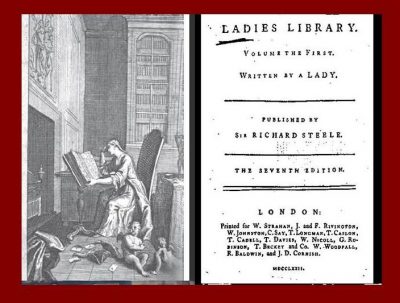 As it turned out, Astell’s Serious Proposal had made quite an impression on Berkeley. His plan for a college in Bermuda was, in many ways, akin to her plan for a female seminary—both proposals advanced fairly radical educational schemes, yet neither endorsed rebellion as the means to effect political change. Furthermore, Berkeley’s arguments against those who insisted that Native Americans suffered from a “natural stupidity” and were, consequently, incapable of benefitting from an education were very much like arguments Astell had used in her Serious Proposal against those who claimed that women’s ignorance was a natural failing, and that education, therefore, would be of no use to them.

I wrote the essay on the Bermuda Project (“Berkeley’s Bermuda Project in Context,” in The Bloomsbury Companion to Berkeley, B. Belfrage and R. Brook, eds., 2017) and wrote another article focusing more explicitly on the Berkeley/Astell connection (“Berkeley’s Bermuda Project and The Ladies Library” in Berkeley Revisited: Moral, Social and Political Philosophy, Sébastien Charles, ed., Oxford, 2015). But something else had caught my attention: Astell’s celebration of female friendship in Serious Proposal. I was teaching a course for first year students on the topic of friendship at the time, and I began looking to Astell’s other philosophical works to see if she had advanced a theory of friendship. 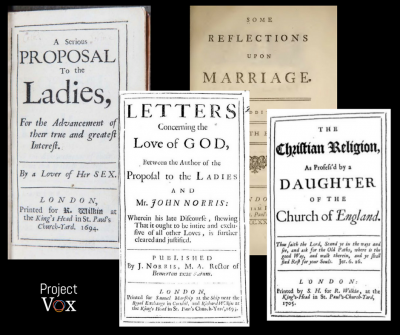 In fact, she had. In Letters Concerning the Love of God (1695), her published correspondence with John Norris, in Some Reflections Upon Marriage (1700), and in The Christian Religion (1705), Astell put forth a strong anti-Aristotelianism about friendship and advanced a fascinating theory of female spiritual friendship. I gave several talks as I was putting together the pieces of Astell’s view, and I noticed that contrary to what several commentators had claimed, Astell was not a naïve student waiting for Norris to enlighten her; rather she was the driving force in the correspondence and was quite adept at steering Norris toward acceptance of several positions she had advanced. The result was “Mary Astell’s Theory of Spiritual Friendship,” published in the British Journal for the History of Philosophy in January 2018.

I’ve since returned to exploring the Astell/Berkeley connection and will give a talk at a Berkeley conference in Newport, RI this summer called “Berkeley and Astell on Passive Obedience and Locke’s Social Contract.”

Nancy Kendrick is Professor of Philosophy at Wheaton College in Norton, MA. She is currently at work on a book on theories of friendship in early modern women writers.