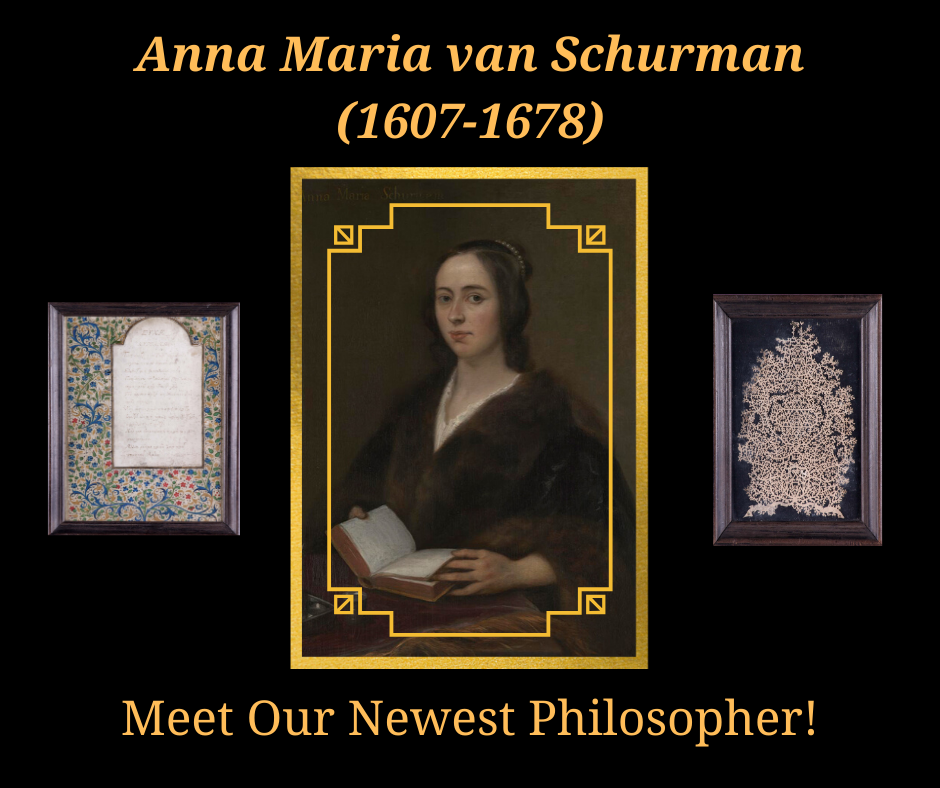 If there is ever a person where describing them as “remarkable,” “extraordinary,” or “incredible” is an understatement, it is the Dutch genius Anna Maria van Schurman (1607-1678). To start, she was fluent in more than a dozen of languages, deeply erudite in a variety of disciplines from theology to medicine, and even accomplished as a formidable artist during the Dutch Golden Age. She is made even more amazing considering that, at the time, women were deemed intellectually unfit.

However, what is more noteworthy are her achievements that extend far beyond simply what kind of learning she demonstrated. In 1636, she presented a Latin poem at the opening ceremony of Utrecht University criticizing barriers to education for women, effectively condemning the university administrators sitting behind her. Soon after, she was granted special admission into Utrecht University and became the first female university student in Europe—but under the condition that she sit inside a specially-constructed curtained booth during the lectures.

She then stirred the academic world just five years later when she published her renowned Dissertatio (1641). In it, she carefully developed fourteen syllogistic theses that argued for women’s right to education and responded to challenges from the most famous scholars of her day, including André Rivet and Pierre Gassendi. This work represents the distinctively uncategorizable quality of van Schurman. The methods and premises used adhere to the orthodox, Aristotelian-based Scholastic tradition, but her radical message is beyond anything that comfortably falls under either of the two dominant camps of the day, the Scholastic and the new, “modern” tradition begotten by Descartes. This makes it difficult to fit van Schurman alongside her contemporaries, which may explain her eventual neglect by subsequent historians of philosophy and theology.

She challenged the categorization of a philosopher once again in 1669 when she formally renounced her scholarly background and joined a wandering religious group led by Jean de Labadie, a French pietist. She explained in Eukleria, her autobiography published in 1673, that this is due to the failure of scholarly learning to cultivate one’s soul, and preference for a pietist theology that prioritizes self-denial as the most effective way to “enjoy God.” This is a complete turn from someone that was regarded as the pinnacle of scholarly learning that even mentored many other women on their education, including Princess Elisabeth of Bohemia and Marie du Moulin. Van Schurman can thus be understood separately as once the Scholastic, “early van Schurman,” and later the pietist, “later van Schurman.” This split further complicates her place in the course of early modern history of philosophy, which by now brings into question what that “course” really encompasses.

Anna Maria van Schurman is truly a fascinating figure in many more aspects than described, including her approach to studying languages, her accomplished artistry, and even the extent of her connections throughout Europe. In this respect, she is a woefully understudied figure, especially in the English-speaking world. Our entry on Anna Maria van Schurman hopes to contribute to a small but growing interest in this truly amazing figure. We had the pleasure of working on a figure whose work and influence touched on far more disciplines than any other philosopher we have worked on, particularly as an artist. We hope you enjoy our take on Anna Maria van Schurman.